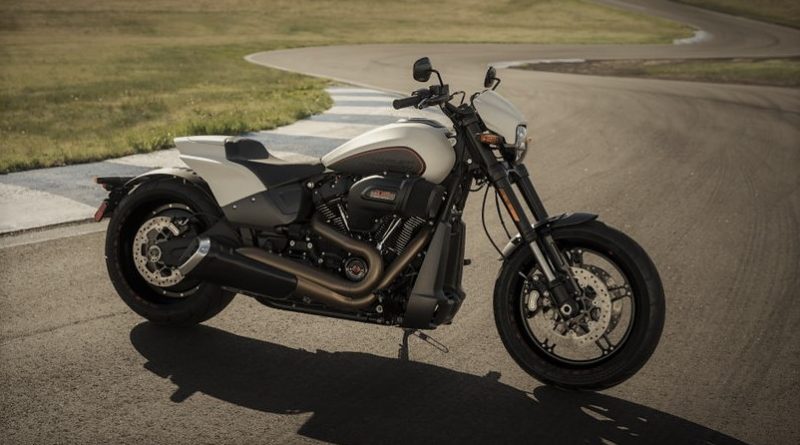 Although not nearly as radical as its planned 2020 liquid-cooled models, Harley-Davidson announced a 2019 power cruiser model called the FXDR 114 that, according to Harley “brings a new level of all-out performance to the Harley-Davidson line-up”. Boasting 119 foot/pounds of torque at just 3,500 rpm, the big Softail also saves weight with aluminum components and improves handling with premium suspension.

Here is the full press release from Harley:

MILWAUKEE (August 21, 2018) The new Harley-Davidson® FXDR™ 114 motorcycle delivers moto-aggression with a technical edge. Like a drag racer crossed with a fighter jet, this unapologetic power cruiser brings a new level of all-out performance to the Harley-Davidson line-up. The FXDR 114 combines the unrelenting power of the Milwaukee-Eight® 114 engine with the liberal use of new weight-saving aluminum and composite components. Every aspect of handling and performance is amplified.

“This motorcycle is really a blast to ride,” said David Latz, Lead Product Manager at Harley-Davidson. “The FXDR 114 surrounds the very capable Softail® chassis with Milwaukee-Eight 114 power, premium front and rear suspension and a host of new weight-saving components and materials. This is a power cruiser that delivers exceptional ride and handling characteristics.”

Less than a month after announcing plans for future product in new-to-the-brand categories and a commitment to advance its heavyweight Touring and Cruiser models, the Motor Company introduces the FXDR 114 as the 10th Harley-Davidson model based on the Softail® platform.

The aluminum swingarm achieves a 10.2-pound weight reduction (13.8 pounds vs. 24 pounds, or 43 percent less) over a steel Softail swingarm accommodating a 240 mm rear tire. Because the unsprung weight (weight located below the suspension) it has a significant impact on rear suspension performance, enhanced further by a lightweight 18-inch-diameter aluminum disc rear wheel. The 19-inch forged aluminum Ace front wheel is a light-weight design that features very thin spokes.

The FXDR 114 seat and tail section are supported by a sub-frame of welded aluminum tubing, and the tail section is composite. This replaces a steel subframe, steel rear fender and aluminum fender supports used on other Softail models, for a weight savings of about seven pounds. Front and rear fenders are lightweight composite material.

Styled at the Strip

The FXDR communicates its commitment to all-out performance through visual design inspired at the drag strip, where the application of torque to pavement is sophisticated in its execution.

“The look of the FXDR 114 expresses its performance potential and highlights the technical features that set it apart from the rest of the Softail line-up,” said Brad Richards, Vice President of Styling and Design.

“The drag-bike influence is strong with the raked and inverted front end, massive intake and exhaust, proportional contrast between the wheels, and the clipped tail section. But we made sure that purely technical elements like the aluminum swingarm, fully integrated digital instrumentation within the rider controls, and exposed external suspension adjuster are highlighted as well and help define this bike’s mission, which is pure performance, not just straight-line performance.” 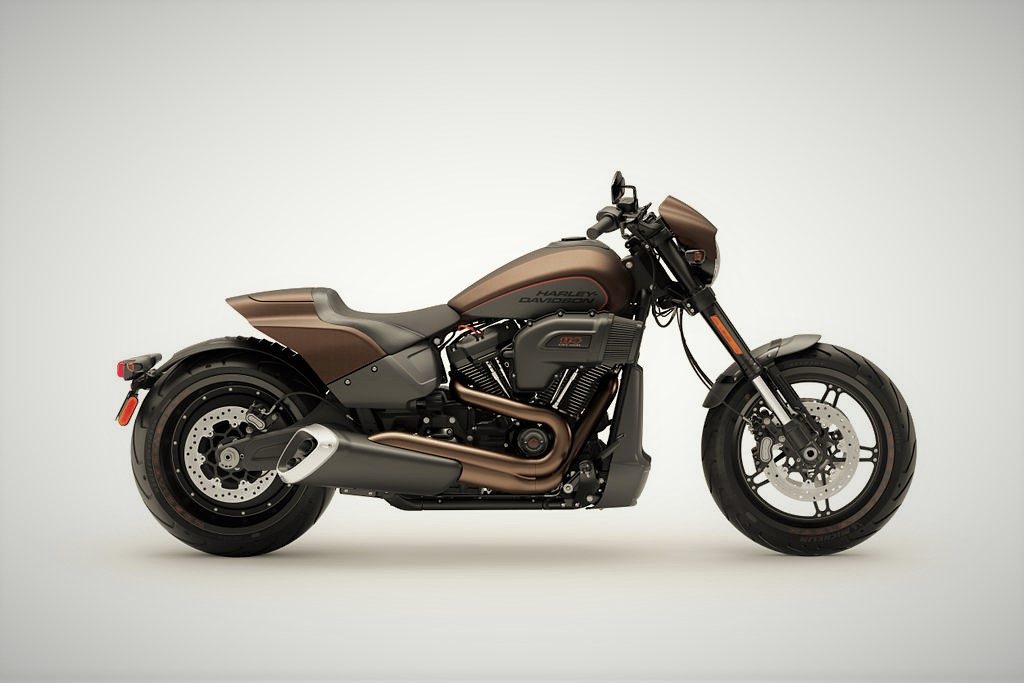 A speed screen frames the LED headlamp and helps breaks the wind, while a stretched 4.4-gallon fuel tank exclusive to the FXDR 114 lengthens the profile of the motorcycle. A race-inspired chin fairing conceals much of the oil cooler. The tail section is clipped short in drag bike/stunter style to expose the 240mm rear tire. A solo seat flows seamlessly into the tail section. A cover on the top of the tail section can be removed to reveal a storage compartment within the subframe.

A molded composite rear fender is shaped to hug the tire and moves with it through the range of the suspension, so it becomes almost invisible when the FXDR 114 is in motion. A rear lighting module and license plate fixture is secured to an aluminum spar mounted to the left side of the swingarm, leaving the right side of the rear wheel dramatically exposed. The front and rear wheel are finished in contrast Gloss Black and Satin Black paint and detailed with bright “bolt heads” and laser-etched orange graphics in the rims.

A strong-and-rigid Softail chassis tuned to deliver responsive handling will reward assertive riders with thrilling agility when riding through twisting backroads and navigating congested urban traffic. The FXDR 114 features the Softail monoshock rear suspension with a single coil-over shock with internal free-piston technology and optimized angle between the frame and swingarm for enhanced travel and response.

The shock is equipped with an external hydraulic pre-load adjustment knob to allow the rider to quickly and easily dial in optimal suspension performance for the prevailing load and conditions. Inverted 43mm forks stiffen the front end for improved response to steering input. Single-cartridge internal fork damping technology and a triple-rate spring respond quickly to inputs to help keep the front wheel planted for improved braking and handling performance. The FXDR 114 offers more lean angle than any other Softail model – 32.6 degrees to the left and 32.8 degrees to the right.

The FXDR 114 is equipped with the most-powerful engine offered in the Softail chassis, a Milwaukee-Eight 114 V-Twin tuned to pound out up to 119 ft. lb. of torque at 3500 rpm (U.S. model). The shape of the forward-facing air intake is inspired by the World Champion Screamin’ Eagle/Vance & Hines drag bikes and designed to enhance the airflow into the engine. The exposed air filter utilizes a new synthetic media that does not require oiling. A new 2-into-1 exhaust is tuned to emit a throaty rumble and shaped to maximize lean angle. 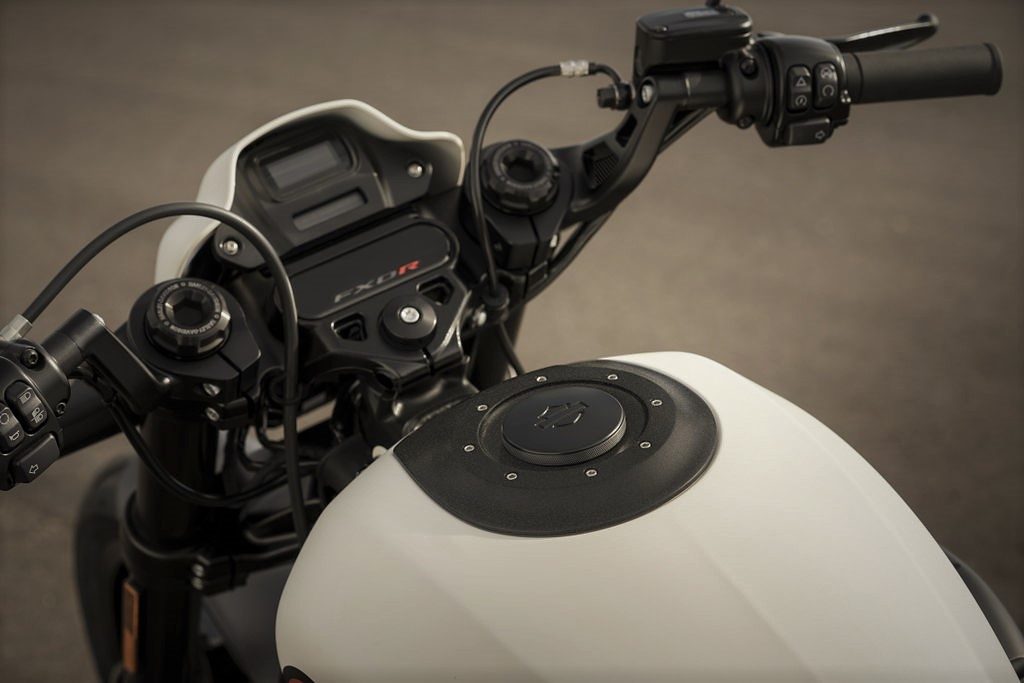 Stage I is the foundation for available Screamin’ Eagle Stage II, Stage III and Stage IV kits that can take Milwaukee-Eight 114 performance through the roof, with the assurance of an intact factory warranty when installed by an authorized Harley-Davidson dealer.

In 2019, the FXDR 114 will provide inspiration for the bodywork of the racing competition motorcycles campaigned by the world champion Harley-Davidson Screamin’ Eagle/Vance & Hines racing team in the NHRA Mello Yello Drag Racing Series. 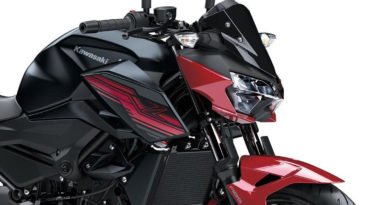 Kawasaki launches the 2019 Z400 in the EICMA motorcycle show 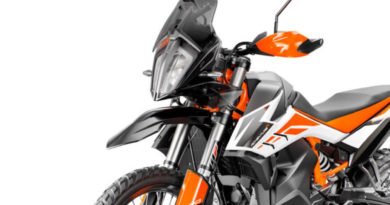 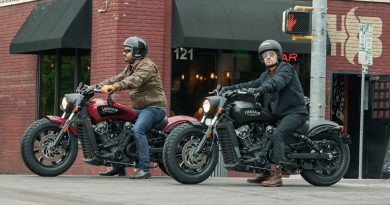